A recent study points toward a new way of fighting hospital anxiety: acupuncture. The study used acupuncture around the ears of mothers of children undergoing surgical procedures and discovered that the process not only made things easier for the moms, but for the children, as well.

A relatively small test group of mothers whose children would be undergoing surgery in the site hospital was given an acupuncture treatment around the ear using small needles. The mothers later reported a significant reduction in their level of anxiety. Acupuncture did not just work for the moms, however, their relative calm and lack of worry had an impact on their children, too.

A calm mother, it seems, tends to produce a less anxious child. This certainly appeared to be the case of the kids whose moms had underwent the treatment. They experienced far less anxiety. Acupuncture for their mothers allowed them to have a more relaxing and less stressful experience in the hospital and prior to surgery. Children often have a very difficult time, in terms of anxiety, with surgery. They experience all of the fears adults do, but without the experience and understanding that allow older people to approach the situation more calmly and rationally.

This finding is potentially significant for a few reasons. Initially, it demonstrates that there may be another weapon in the war against anxiety. Acupuncture seems to have a very real impact on stress levels and holds out a great deal of promise for reducing anxious feelings and worries. The research is confirming the long held beliefs of many in Eastern countries whose civilizations have long practiced acupuncture and consider it a traditional part of their medicine.

READ ALL ABOUT  Anxiety symptom awareness 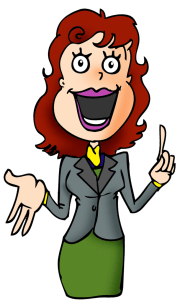 Additionally, the surgical procedure can be improved by reducing anxiety. Acupuncture for the parents made the surgical experience less trying for the children. The reduction in pre-procedure stress and its usually attendant crying and outbursts allowed those responsible for the children’s care to better concentrate on the surgical procedure and medical matters. Medical professionals were able to spend more time and thought on the surgery and less on anxiety. Acupuncture for the parents of children slated for surgeries may be a great idea for hospitals everywhere.

Finally, everyone would agree that making the frightening and trying experience of a medical procedure easier for children is a positive. If, by calming parents, children can have a less horrifying stay at the hospital and in preparation for surgery, it is of benefit regardless of whether or not it dramatically assists healthcare providers.

The acupuncture process itself was relatively painless, featuring a handful of very small needles placed around the ears. Most study participants were surprised that the very small devices were able to have such a significant impact on their mindset and behavior. The research, which was conducted by a physician at the Yale School of Medicine, shows us that there might be a relatively easy way to significantly reduce hospital waiting room anxiety: Acupuncture.

Telegraph.co.uk. Anxiety a very modern malaise. Telegraph.co.uk. In fact it was the start of an anxiety disorder that was to become her new reality and to dominate her twenties. After finally sleeping she awoke disorientated and petrified a state that continued for more than three years in which waves of panic and more.…

READ ALL ABOUT  Primal Stress

Journey to Well-Being New Light on Yoga for Depression and Anxiety. Huffington Post blog If we know how the body can be an important gateway for balancing everyday moods establishing greater emotional resiliency and for relieving anxiety and depression. Indeed it is central to any system of natural health such as Ayurveda and Chinese.…